Stages Involved In Building a House

Essentially, there’re certain stages that have to be strictly followed when building a standard house. These stages are followed to make sure that a house is built securely and safely.

Most houses built today utilise a standardised process. Following a standardized process allows for consistency across the country with respect to the set requirements and building codes.

Also, standardisation ensures that the techniques used to build houses are safeguarded to allow for a cost-effective and efficient construction process. 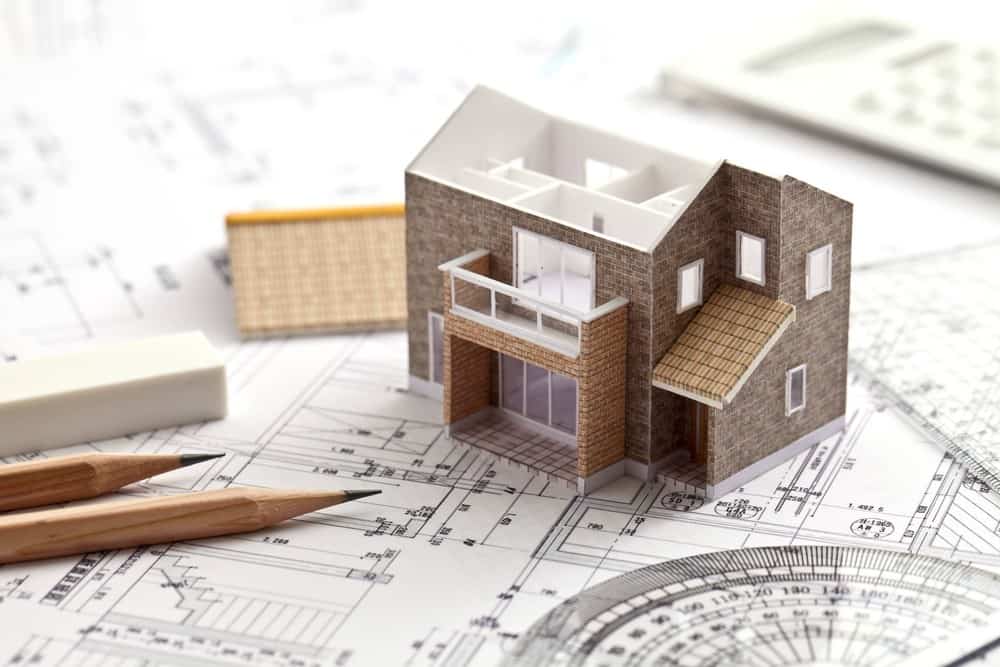 A standard house is constructed using a 17-stage process. Most of the stages are handled by subcontractors specializing in a specific area.

All the subcontractors work under one supervisor or contractor who oversees and coordinates the entire construction process. The supervisor’s role is to ensure that the work is completed on budget, on time, and as per the design specifications.

The first construction crew to arrive on the site is tasked with grading and preparing the site. In this stage, the land on which the house is to be constructed is cleared. The surface on which the foundation will be built is flattened.

Preparing the site includes activities such as clearing the site by removing any debris, rocks, and trees that may be sitting on the land. The time it’ll take to clear the site depends on the nature of the land.

For instance, if there are sturdy trees or large boulder rocks on the site, it’ll take longer to clear them. If you’re just dealing with flimsy bushes, trees, and small rocks, then it’ll take little time to clear the site.

Grading entails leveling the site, whereby soil is moved or filled until the surface is flattened. Even if the site is sloped, it’s leveled to make construction easier.

Grading can also be done to alter water flow around a property. That way, water is less likely to flow down to your house in case there’s heavy rain or flooding. Instead, it’s directed to flow around the property or to the garden beds.

The next stage involves laying the foundation. Most standard houses sit on a concrete slab. The slab is made by pouring concrete on a level surface. The process requires some little preparation. Minimal framework is also required before pouring concrete.

Concrete slabs are especially great for building houses in warmer areas. However, concrete slabs are not the best choice for use in cooler areas as they’re negatively affected by ground freezes. In worst-case scenarios, a concrete slab can shift as a result of freezing, thereby making the house unstable.

Wire mesh and steel rods are integrated into the slab to reinforce it and stabilize it, thereby making it stronger and prevent movement. Some connections should be made before pouring the slab. These connections include electrical conduit and sewer lines among others.

Another alternative for making a foundation is the use of stilts. Stilts are preferred in areas prone to flooding. The stilts add to the height of the house such that floodwater can flow under the house to prevent or minimize damage.

Framing involves putting up the molding of a house. At this stage, a house starts taking shape. Lumber and bricks are the most commonly used materials for framing.

Essentially, building a house with lumber is faster and more affordable than using bricks. In this case, the walls of the house are made on the ground and lifted upright. Outer walls are built first, followed by the inner walls. They’re secured in place with nails.

On the other hand, it takes more time to construct a house with bricks. Also, bricks are costlier than lumber. Bricks are placed one after the other to ensure the wall is level. Measurements have to match up and the bricks have to be placed correctly.

In this stage, the house is covered from the top by installing a roof. Trusses are commonly used to create the roof framing. They’re pre-fabricated and have a triangular structure. They’re used for supporting the roofing material.

The advantages of roofing with trusses include:

The roofing frame can also be constructed using 2 by 10s and 2 by 8s. However, they’re more time-consuming and expensive to install than trusses. 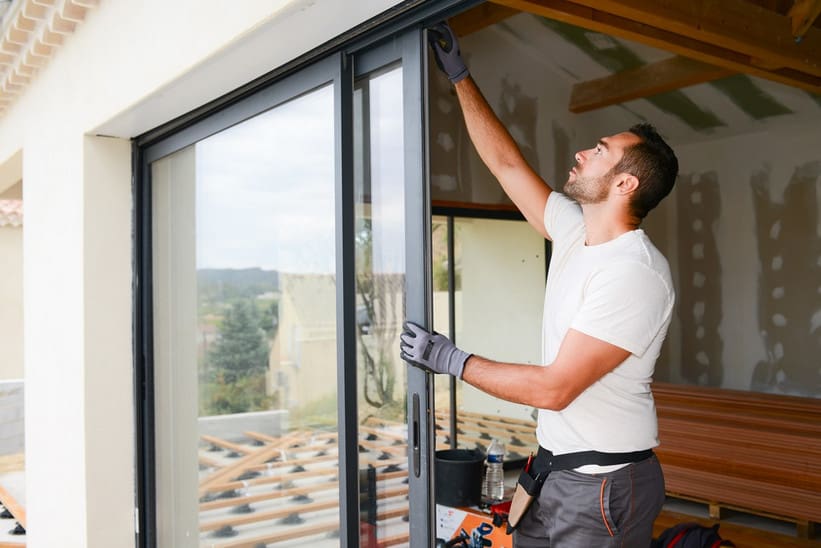 Upon completing this stage, and everything is waterproofed and has undergone testing, your house can be locked for added security. At this stage, most homeowners start getting excited as they’re able to see an almost complete house.

If your house is built on a slab, most rough stuff related to electrics and plumbing is already completed. Generally, plumbing includes piping systems for wastewater and supply pipes for clean water.

The plumber should follow certain requirements and codes when doing any plumbing job for hygiene and safety. Details such as diameters, supports, distances, angles, and materials are done according to specified standards.

Electrics at this stage include establishing electrical lines and systems for lights, power points, and appliances. Frist, boxes for the switches, lights, and electrical outlets are installed.

Next, wires are installed in a way that they run all the from the main fuse box, between boxes, and to every box. The electrician has to follow strict guidelines for the safety and longevity of the electrical system.

The term HVAC stands for heating, ventilation, and air conditioning. During this stage, HVAC systems are properly roughed out, including where they’ll run to and the location of each control panel.

It also includes running materials that wouldn’t be installed afterward. There’re several heating and air conditioning systems to choose from as per your needs and environment.

It’s necessary to install insulation to lower the cost of heating or cooling. Insulation works by limiting heat transfer through surfaces.

The process of insulation starts with installing foam channels. The channels are installed within the eaves. They work by allowing airflow throughout the roof and house. In most instances, there’s a plastic barrier mounted on the insulation.

The plastic barrier, also referred to as a vapor barrier, prevents moisture that results from constant cooling and heating from damaging your house. It also prevents mold and other potential issues.

Upon installing the drywall, your house now has a complete structure. A spackling compound is applied on the drywall. This creates a smooth surface for easier painting.

At this point, a qualified subcontractor will carefully install bathroom and kitchen cabinets. It’s straightforward to install them. Generally, this task is completed quickly.

The cabinets and counters are aligned on the wall. They’re secured in place with screws. Also, countertops are installed over the cabinets by screwing them in place.

Upon installing the countertops and cabinets, the next stage involves installing the inner doors. Also, molding is fitted around the baseboards, windows, and doors. The molding acts as the trim. Skirting boards are also installed in this stage.

Upon installing the trims and molding, it’s time for wallpapering or painting the interior. It may take a lot of time to paint the walls. Also, it requires a lot of time for fresh paint to stop smelling. Before painting, the wall should be primed. Two coats of paint are applied one after the other. 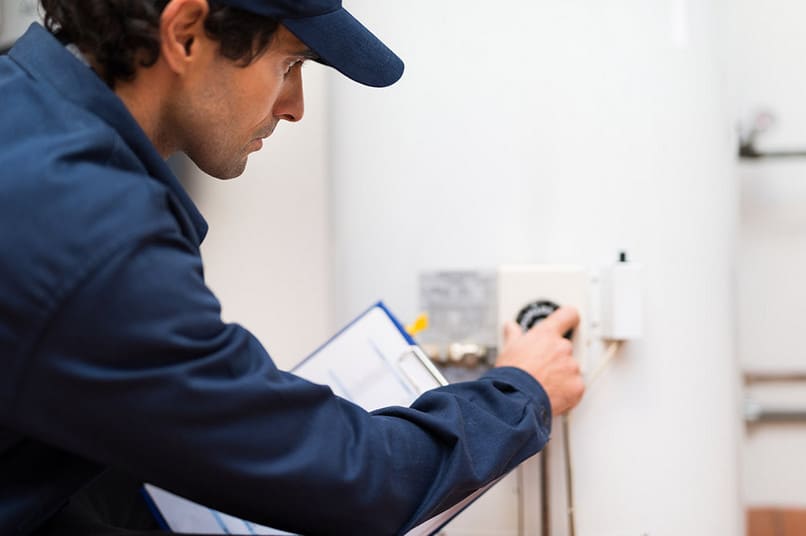 The plumber, on the other hand, will install faucets, toilets, and sinks. If a water heating unit wasn’t installed when doing rough plumbing, it’ll be installed at this stage.

After painting, the next stage involves flooring. You can choose between several types of flooring including vinyl, tiles, or carpet among other options.

Ensure painting is done before flooring. Installing the floor material before painting can cause problems since the paint can ruin the flooring with permanent stains.

The size and number of floors you’re covering will determine the time it’ll take to complete the work. Also, some floors may require leveling out or smoothing over before installing the floor material, especially when dealing with a rough concrete floor.

This stage involves doing the finishing touches for the HVAC system. It includes installing the control panels and machines needed to ensure the HVAC system is functional.

It’s a simple task as it only involves doing minimal finishing to create a complete HVAC system.

Stage 16: Hooking Up the Sewer Systems and Water Mains

You can build your septic system and well or hook up your plumbing to the municipal sewer and water lines. If you prefer using your systems, you’ll hire a subcontractor to install a septic tank and drill the well.

Upon completion of the building process, the builder will go through a list known as a punch list. The builder will inspect the list and write down any identified problems or issues.

If any issues are identified, the builder demands the responsible subcontractor to fix them. That way, the house is completed according to acceptable standards. 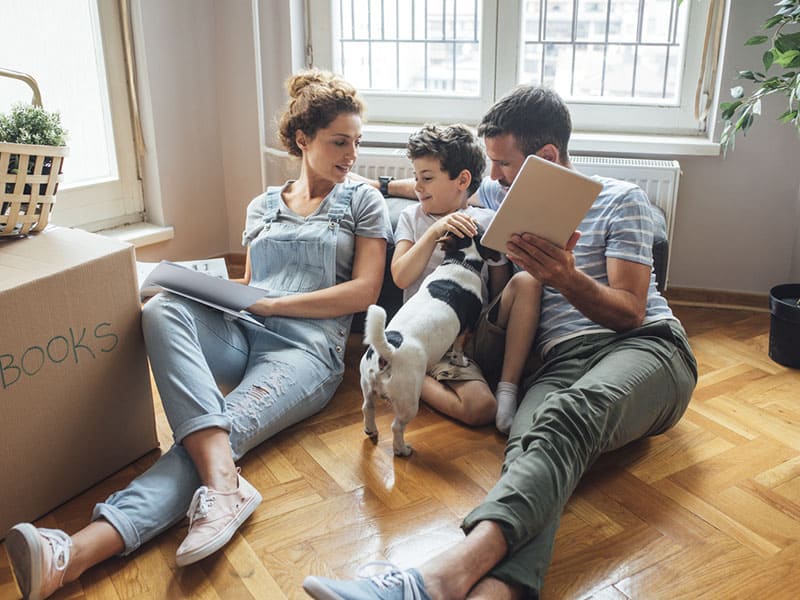 Once these stages are completed and everything is in order, you can start moving into your new home.

While these stages are followed to ensure your house is built with integrity, there’re many building codes and rules that your builder and subcontractors must follow.

It’s important to know the cost involved during the stages of construction. That way, you’ll know the amount of money you’ll need to complete each stage when building your home. The costs involved are categorized as follows:

The overall price may vary depending on several factors including the location of the site and the design of the house.

You can estimate the cost based on square meters. On average, building a house costs $900 to $5,000 for every square meter.

There’re several factors that determine the time it’ll take to construct a house. Standard houses are built within four to six months.

Building a custom two-story house can take about 12 to 24 months. Production houses can be built within four weeks.

We are experienced in building quality new homes. We can design & build custom homes that are individually designed to your specific requirements. We ensure all our new homes are built to a high quality by focusing on quality material & reliable team.